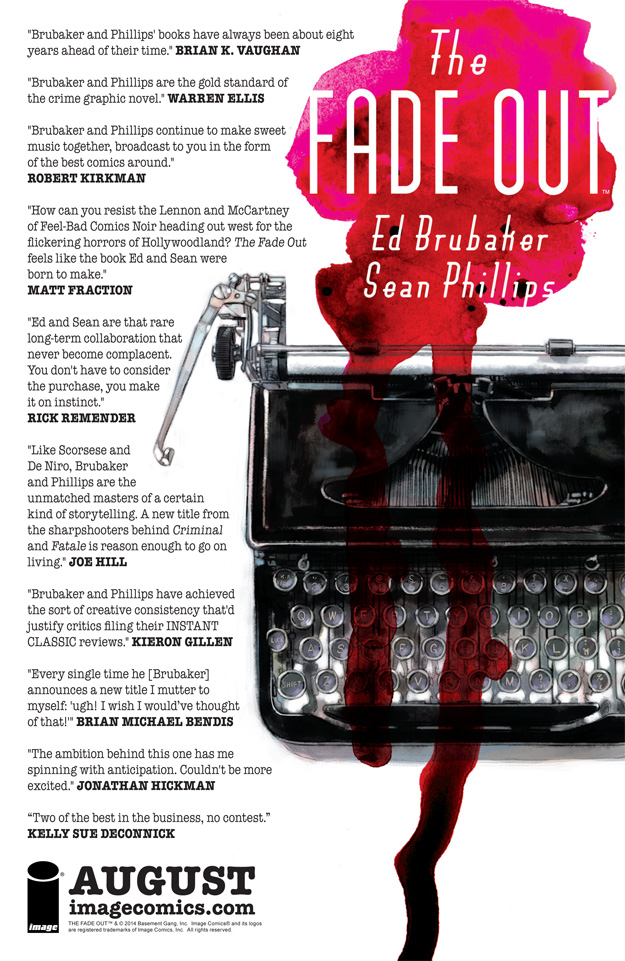 Here’s a comic book page advertisement I made for THE FADE OUT – a new series by Ed Brubaker and Sean Phillips!

Had a lot of fun making this ad.  The bloody typewriter image was really striking, so I left that really big and moved it off-center so it bled off the edge.  This allowed enough negative space to run the praise quotes down the left side while tracing the outline of the typewriter and blood splatter.  I used a font that looked like typewriter text, but used two different type forms to give variance between the quote and the name of the person giving the quote.