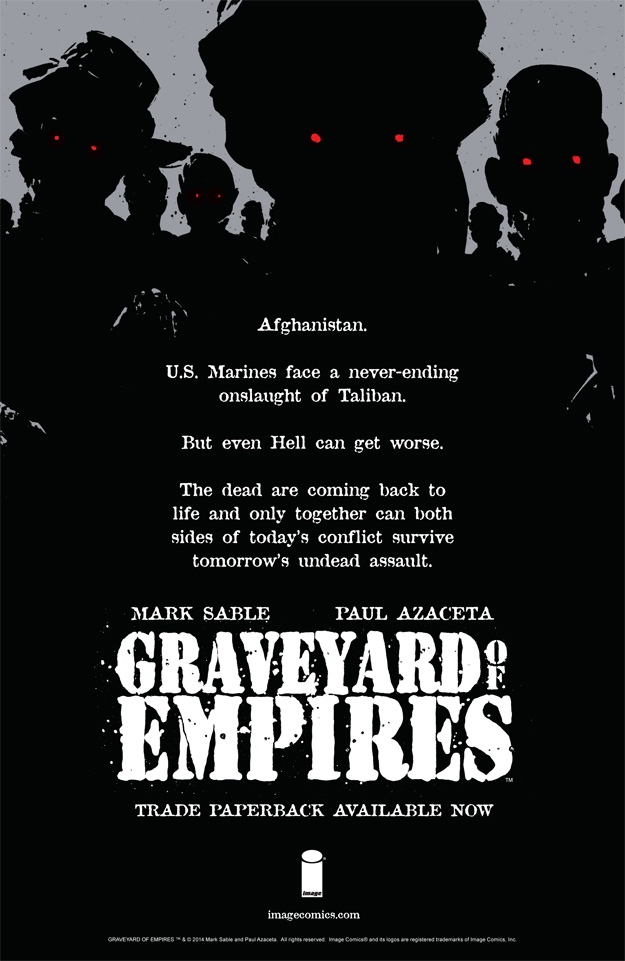 Here’s a comic book page advertisement I made for GRAVEYARD of EMPIRES.  The series is an older work of Paul Azaceta’s but still features the same eerie storytelling that he does so well on OUTCAST.

For this ad, I wanted to try and emulate some of the strong contrast that is prevalent in his art style.  I went through the series artwork and found a scene that I thought would work well.  I cut out the figures and filled in more black in the artwork so that it was mostly just silhouettes of figures.  The figures come across as more ominous while also allowing space for the text.  I used a font that was similar in style to the logo.  I kept the series info in mixed case but the credits and availability info in all uppercase to create a visual difference and some separation from one another.