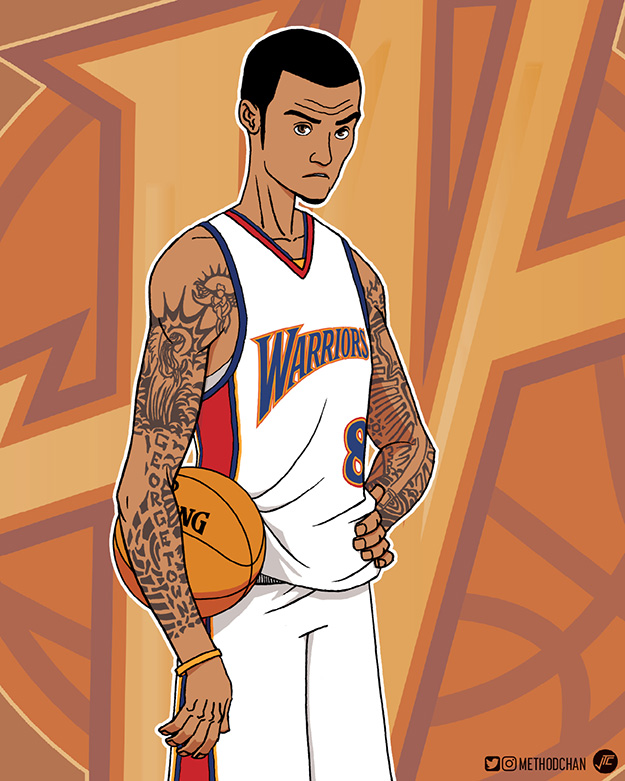 Just after the We Believe team and before the emergence of Steph Curry, the most exciting player to watch in Golden State, IMHO, was today’s #WarriorsWednesday post, Monta Ellis!

Monta was selected out of high school by the Warriors with the 40th overall pick in the 2005 draft. After a promising rookie season, he was named the NBA Most Improved Player in his second season while being a significant contributor to the historic We Believe roster. He became a full time starter the next year, averaging 20 pts per game while shooting 53% from the field which was 14th in the NBA and 3rd amongst guards. He became only the 9th guard in NBA history to shoot 60% from the field for an entire month! He went on to be a prolific scorer for the Ws averaging over 20 pts per game for the next 4 seasons. He was eventually traded to the Bucks in a deal that Dubs fans were not happy about. Even though it brought Andrew Bogut to the Ws (who was injured at the time), fans weren’t happy and booed ownership during the Chris Mullin jersey retirement ceremony. Monta was a fan favorite (definitely was for me) and made a down-time in Dubs history still a fun time to watch.