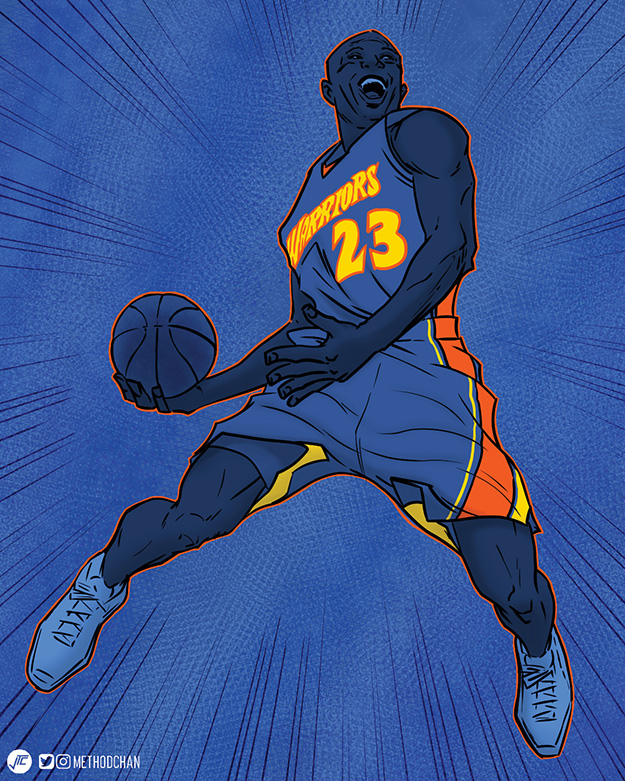 A day late on my #WarriorsWednesday post cause work has been nuts, but this player doesn’t need an intro to Dubs fans. Known throughout the league in the 2000s for his high-flying abilities and electric style of play, today’s post is Jason Richardson – but Dubs fans will always know him as J-Rich!

Selected by the Ws with the 5th overall pick in the 2001 draft, he won MVP of the Rookie Challenge and caused a stir the following year when he bounced the ball of Carlos Boozer’s forehead, then hit a 3-ptr. J-Rich won the Dunk Contest in 2002 and 2003 (including an off the backboard, between the legs dunk which has never gotten its just due of how awesome it was IMHO). He gave the Warriors visibility on a national level during a time that not all Ws games were even televised locally! Fans will always love him for penning an apology letter in 2005 for missing the playoffs for a 12th straight season (and the love was returned when Ws fans took out an ad congratulating J-Rich on making the playoffs while he was a member of the Suns). He played a huge role in the historic We Believe team, which felt like vindication for a man who was so loyal to the team during so many losing seasons. Sadly, J-Rich was dealt in the 2007 off-season in a trade the Ws wish they could do-over. Though he didn’t get to end his career as a Warrior, to Dubs fans, J-Rich will always be a Warrior!