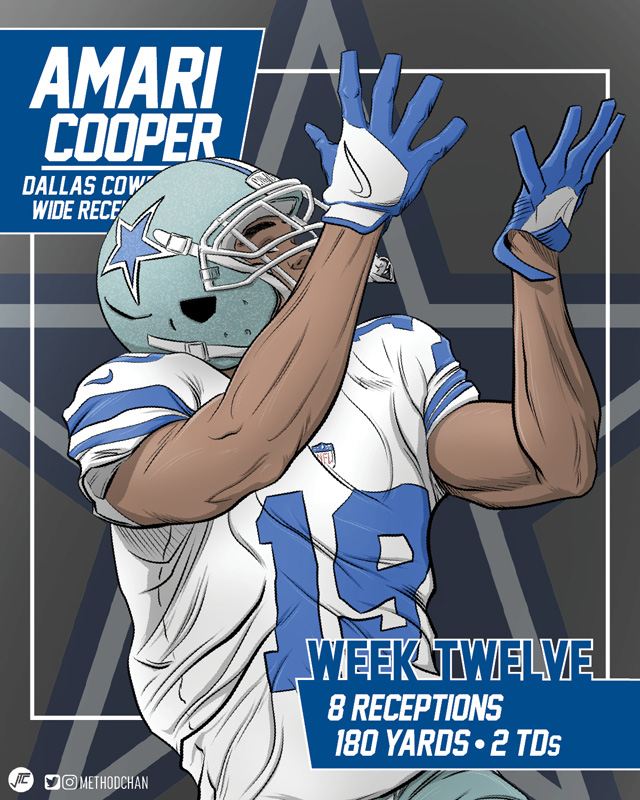 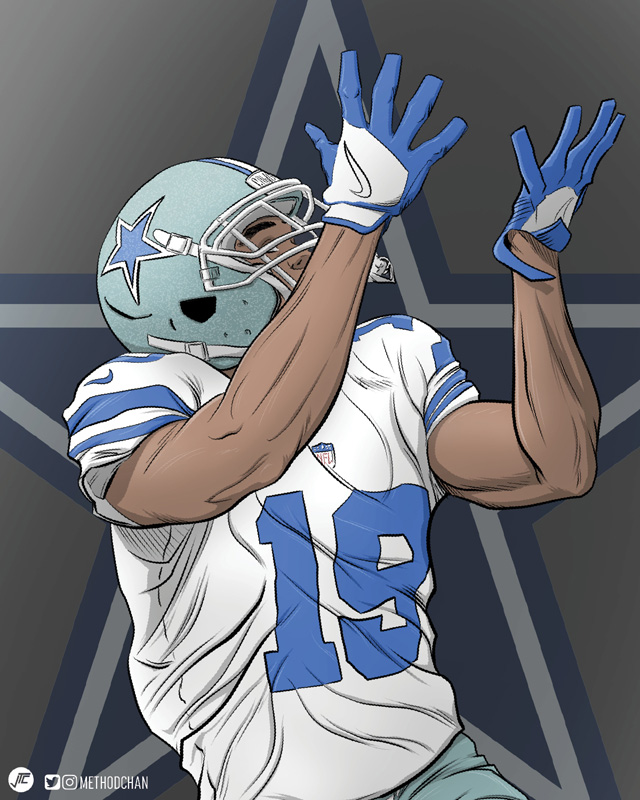 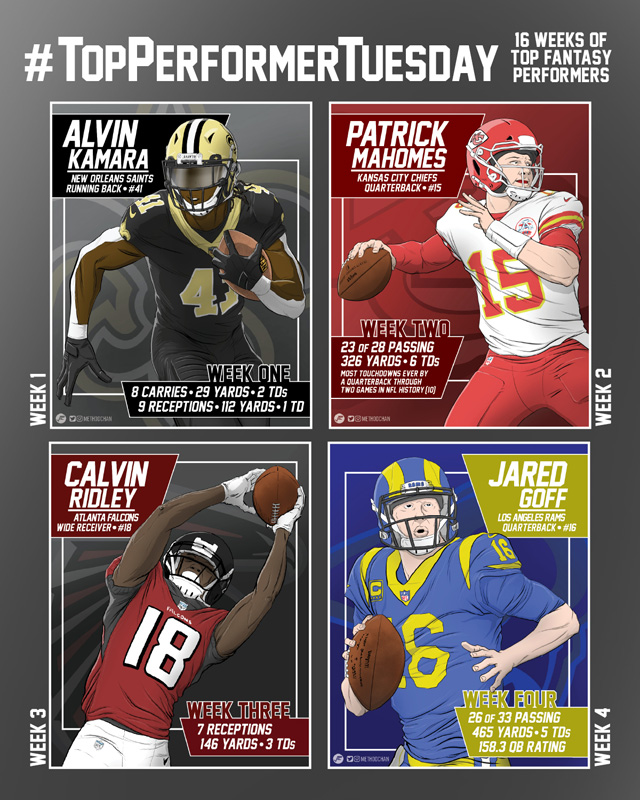 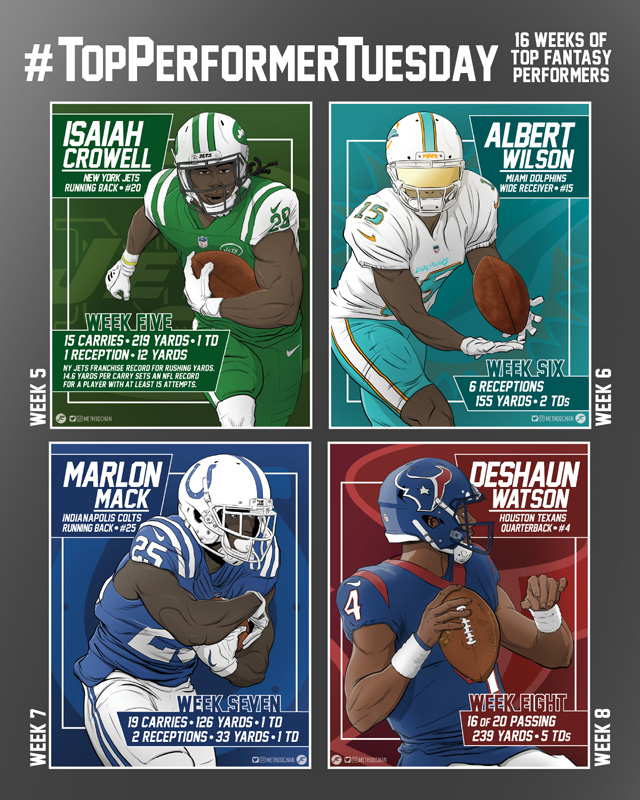 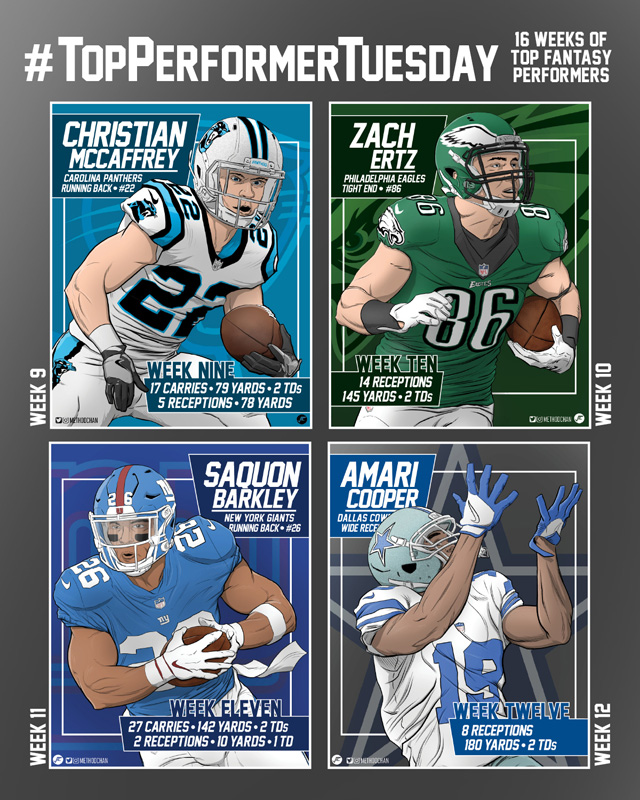 Bonus #TopPerformerTuesday post on a Thursday! The holiday season is kicking my butt and I’ve really fallen behind, but I’m determined to catch-up and do the promised 16 illustrations. Four more to go!

Amari Cooper has had a resurgence in Dallas! I thought they overpaid to get him (I had him on my fantasy team last season…), but Amari’s put up some monster performances. I know he had a bigger game in Week 14, but since I originally picked him as my illustration for Week 12, I’m sticking to it.