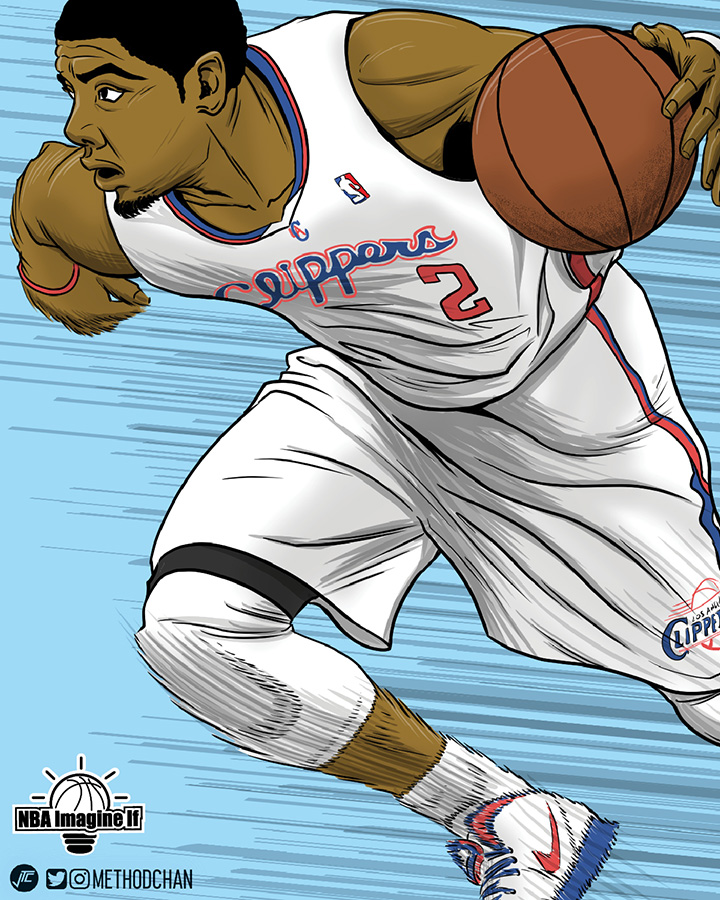 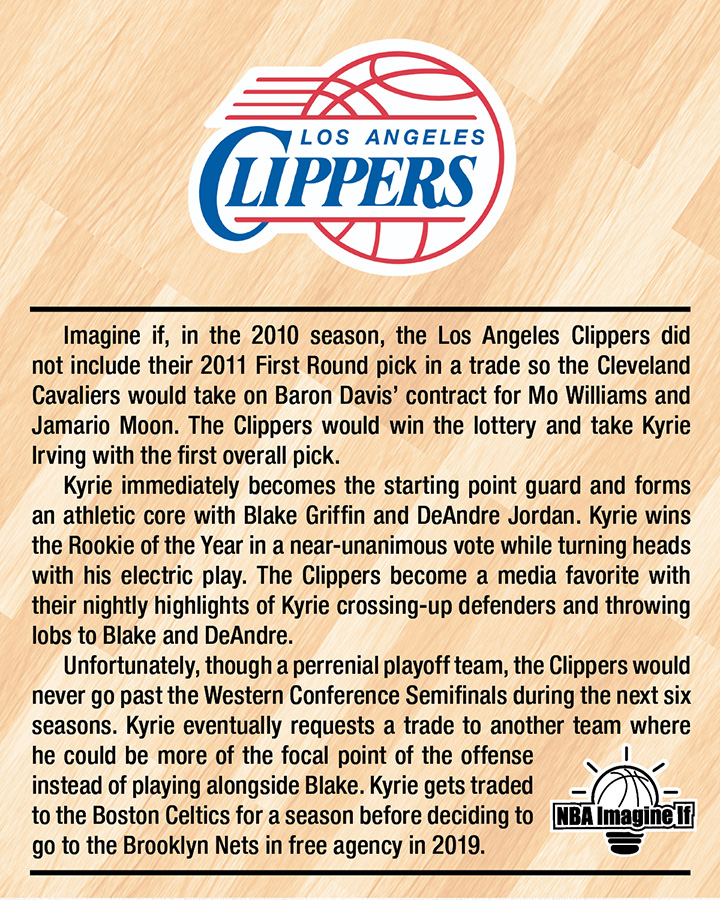 My seventh NBA Imagine If project! Remember that time the first overall pick was a trade sweetener for a point guard that started for less than a season? In 2010, the Clippers included their first round pick to facilitate a trade of point guards – Baron Davis for Mo Williams. That pick became the first pick in the draft! Had the Clippers held onto that pick, they coulda had their point guard in Kyrie Irving! Yes, the Clippers got Chris Paul so it worked out fine for them. Just fun to imagine what coulda been!