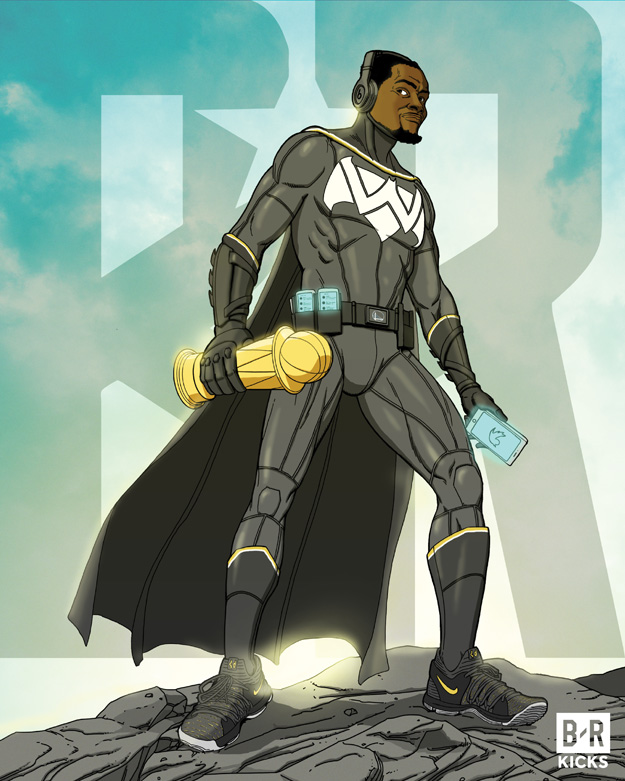 Here’s my illustration of the Batman/ Kevin Durant mashup. It was inspired by the Batman Justice League movie poster. I affectionately referred to this piece as “Bat Durant”.

A couple notes on the details of this illustration: