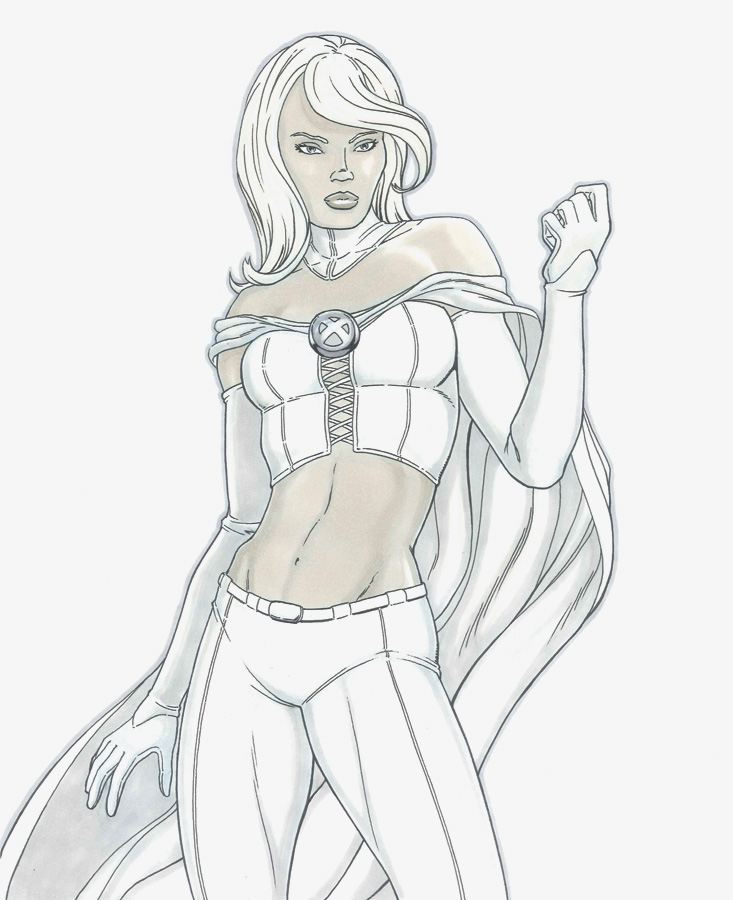 Here’s an illustration I did of the White Queen, Emma Frost, during my excitement for X-Men: First Class to come out (really enjoyed the movie — the White Queen character in the movie, not so much). I wanted to convey her in a confident, defiant manner. When I think of her, I always think of her always bucking the trend and going against the grain. She’s just difficult. 😛

While drawing it, I had Terry Dodson’s rendition of her in my mind. Not just the costume design, but her face too. I always like how Terry draws her — and her face in particular — that’s wider and with more volume than most other people’s renditions. To me, that conveys her as more of someone to be reckoned with than a waif supermodel playing dress-up.

Speaking of Terry, if you didn’t know he’s on DA or you’re not watching him already, do yourself a favor and checkout his profile here: :iconTerryDodson: