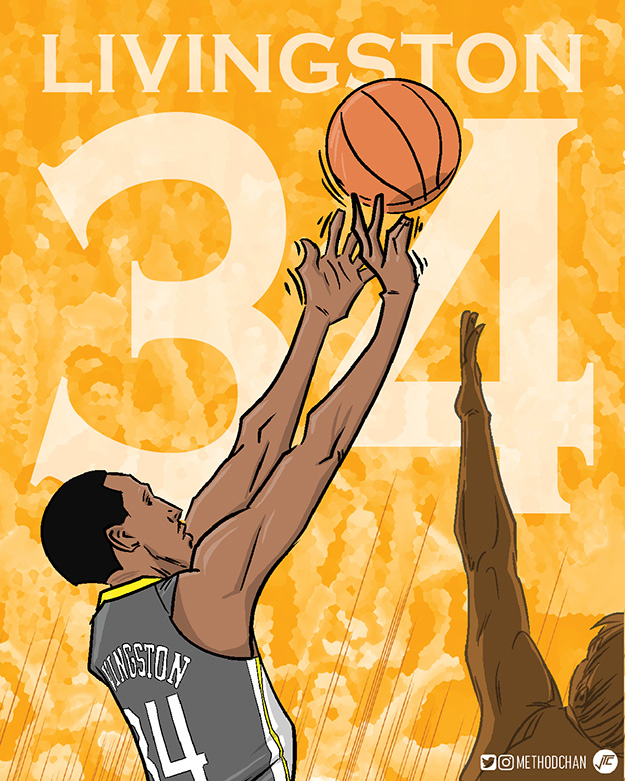 When the Dubs won their 2015 championship, the player I was happiest for was Shaun. He suffered the most gruesome injury I’ve seen in the NBA. Just relearning how to walk properly was an accomplishment, let alone getting back to the NBA! After bouncing around 9 teams in 10 seasons, who woulda thunk the journey would result in a 3x champ!

With his high IQ and steady demeanor, he provided that stabilizing force when the Warriors would get too wild. And how about that sweet turnaround jumper where he backs down his opponent, spins, and pogos over their reach? It was one of my favorite shots in the league during the Dubs championship runs. When I read about his retirement, I knew I was gonna draw that as my tribute.

Congrats on an amazing career, Shaun! Best of luck on the next chapter. Hope you transition to the Warriors front office. Whatever happens, you’re a Warrior for life!