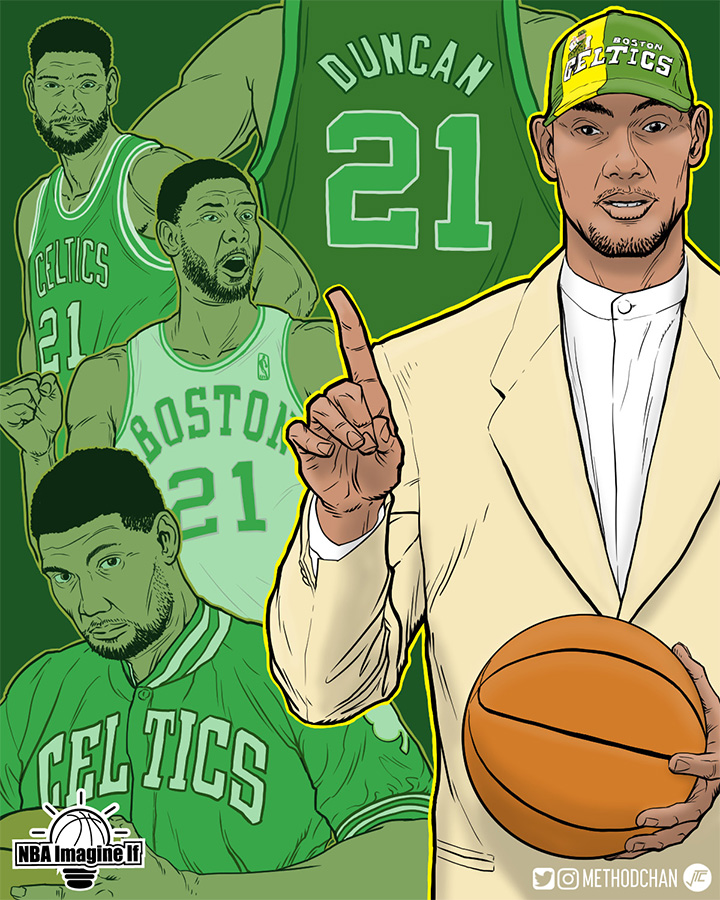 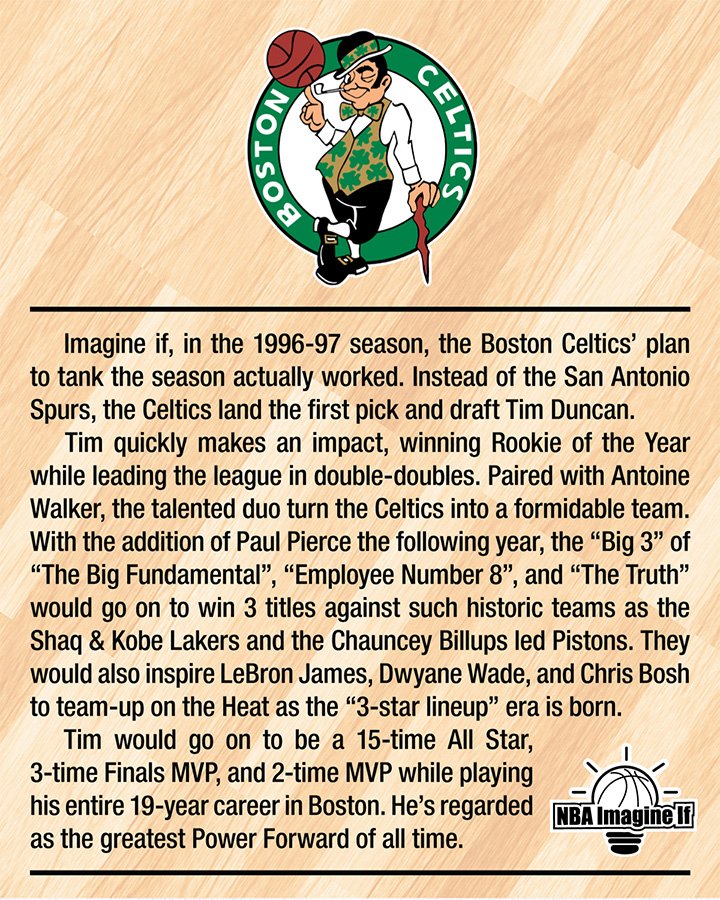 My third NBA Imagine If project! In 1997, the Celtics intentionally tanked the season to land the #1 pick draft as they had the best chance with two lottery selections. It was not to be as the San Antonio Spurs won the lottery, drafted the consensus top pick, Tim Duncan, and ushered in the Spurs dynasty of the 2000s. But what if the Celtics plan had worked and Timmy ended up in Beantown? Crazy to imagine what could have been!