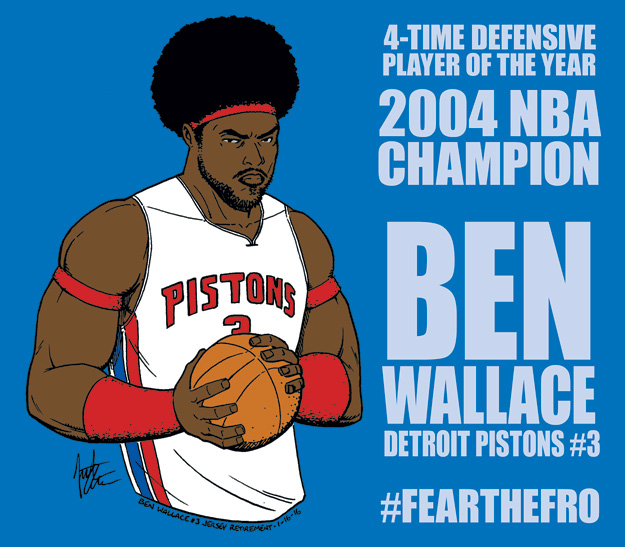 My tribute piece to Ben Wallace, the ex-Pistons Center whose jersey was retired tonight. I didn’t know they were retiring his jersey tonight until right before the game, so I did the sketch during the game. Decided to throw on some quick colors and text afterward.

I loved watching Ben play back in the mid-2000s! He was all hustle. He could drastically alter the outcome of the game without scoring a basket because of his astounding defensive abilities. One of only two players in NBA history to win the Defensive Player of the Year award four times! Thanks for the great memories, Ben!