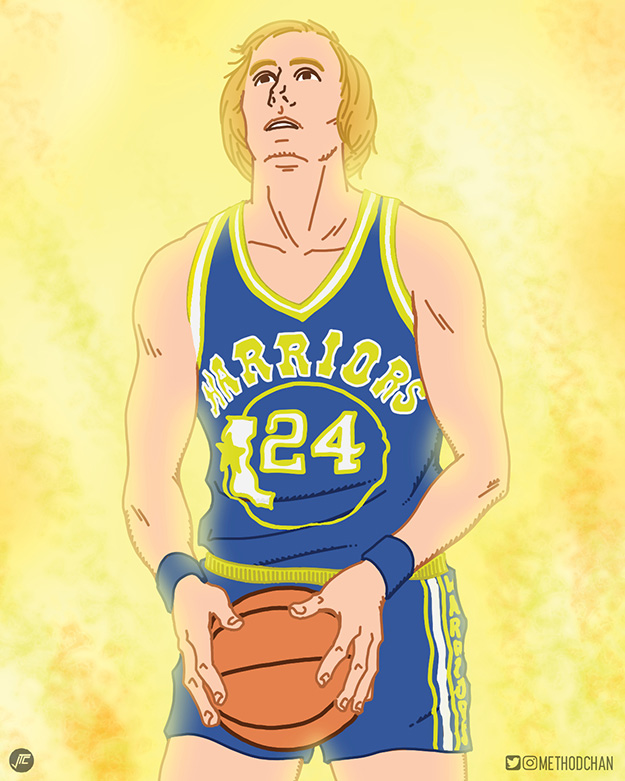 While Dubs fans eagerly await the start of the Finals, today’s #WarriorsWednesday post revisits a past champion and Finals MVP – the man with the most iconic free throw shooting form ever – Rick Barry!

Rick was drafted by the Warriors in 1965 with the 2nd overall pick. He won Rookie of the Year honors averaging 25.7 ppg and 10.6 rpg. He went on to lead the league in scoring the following season with 35.6 ppg! He helped lead the Warriors to the 1967 NBA Finals where, though losing to the 76ers, he averaged 40.8 ppg for the series! After a contract dispute caused him to jump to the ABA, Rick rejoined the Warriors in 1972. He was an integral part of the 1975 championship team and was named NBA Finals MVP. Before leaving the Warriors in free agency in 1978, he amassed 8 All Star and 5 All-NBA First Team honors. Rick went on to be named one of the 50 Greatest Players in 1996 during the NBA’s 50th Anniversary and was inducted into the Hall of Fame in 1987. His number 24 is retired by the Warriors.