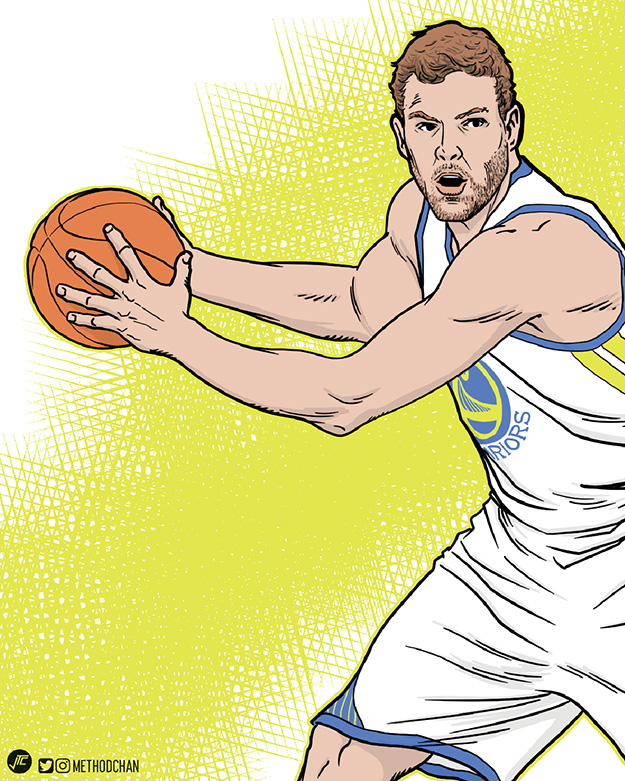 Work’s been crazy so took a short break from social media, but I wanted to get back at it with this week’s #WarriorsWednesday illustration. Today’s post is the recently retired – but forever a champion – David Lee!

When DLee joined the Dubs in 2010, he was just coming off an All Star season with the Knicks where he averaged 20.2 pts, 11.7 rebs, and 3.6 asts per game. He was only 1 of 3 players in the league to average 20 & 10 at the time. He immediately gave the Warriors a steady offensive presence to accompany Monta and Steph. In 2013, he was named an All Star again and became the first Warrior All Star since 1997! He had a fantastic season, leading the league in double doubles and was named All-NBA Third Team. Unfortunately during the playoffs, he tore his right hip flexor, but still returned in the 6th game of the series to help upset the Denver Nuggets. Lee continued with the Warriors for two more seasons, but his role changed due to injuries and the emergence of Draymond Green. He continued to contribute in a supporting bench role and won a championship with the 2015 squad.

PreviousPrevious post: May the K2SO Be With You
NextNext post:Chapter 3 Parabellum