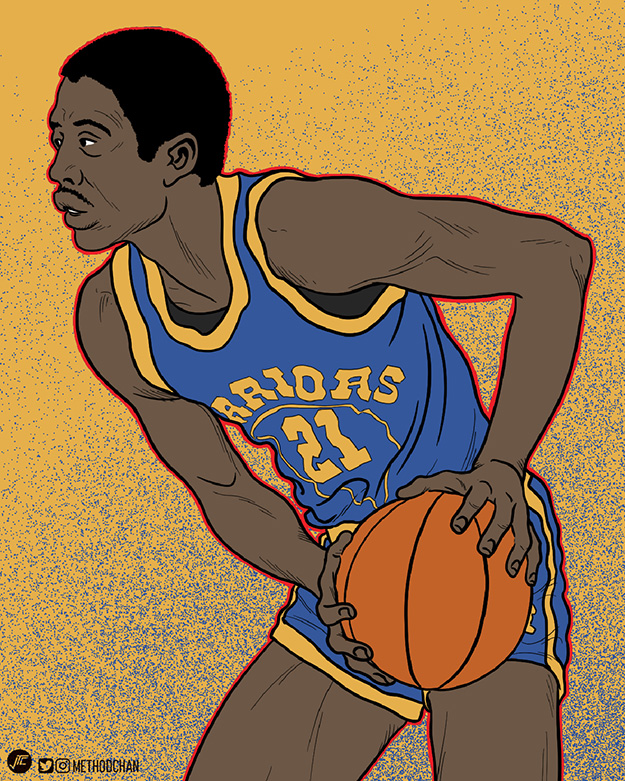 With the Dubs deep in playoff action, thought it would be a great time to recognize the NBA record holder for most pts in a quarter (29) and in a half (39). Today’s Warriors Wednesday post is Eric “Sleepy” Floyd!

After being selected 13th overall in the 1982 draft by the Nets, Sleepy was traded to the Warriors during his rookie season where he quickly blossomed into a talented scorer, averaging almost 17 pts per game. He was an All Star in 1987 in a season where he averaged over 18 pts and 10 asts per game. He’s most well known for his historic 1987 playoff performance against the Showtime Lakers where, in the 4th quarter, he scored 12 consecutive field goals, setting the aforementioned NBA records and receiving the iconic broadcast call, “Sleepy Floyd is Superman!”

PreviousPrevious post: Warriors vs Rockets WCF Redux
NextNext post:May the K2SO Be With You