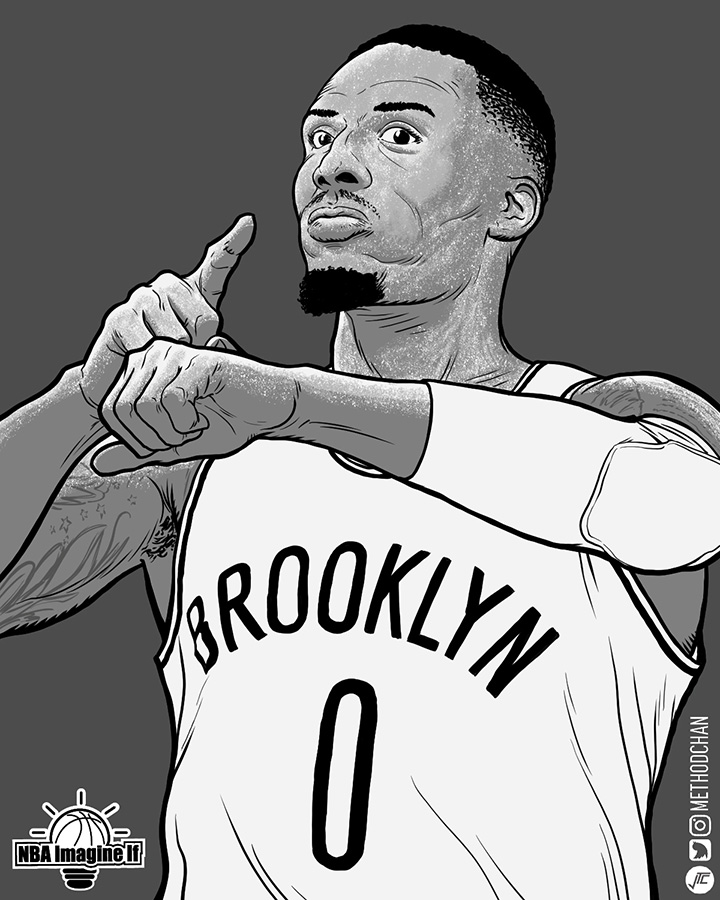 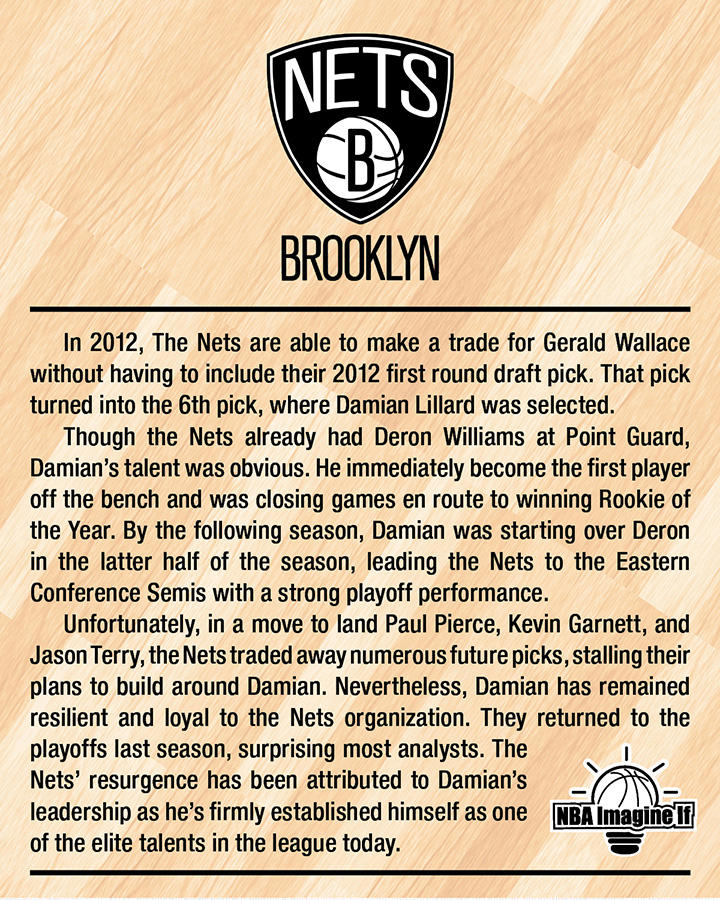 My second NBA Imagine If project! In 2012, the Blazers were able to draft Damian Lillard because of a trade with the Nets for Gerald Wallace in a deal the Nets would quickly lament. Gerald’s injuries would quickly catch up with him, only being able to play 16 games in his first season with the Nets and 85 total before being traded away. Meanwhile, Dame Dolla has established himself as one of the elite players in the league. Crazy to imagine what could have been!