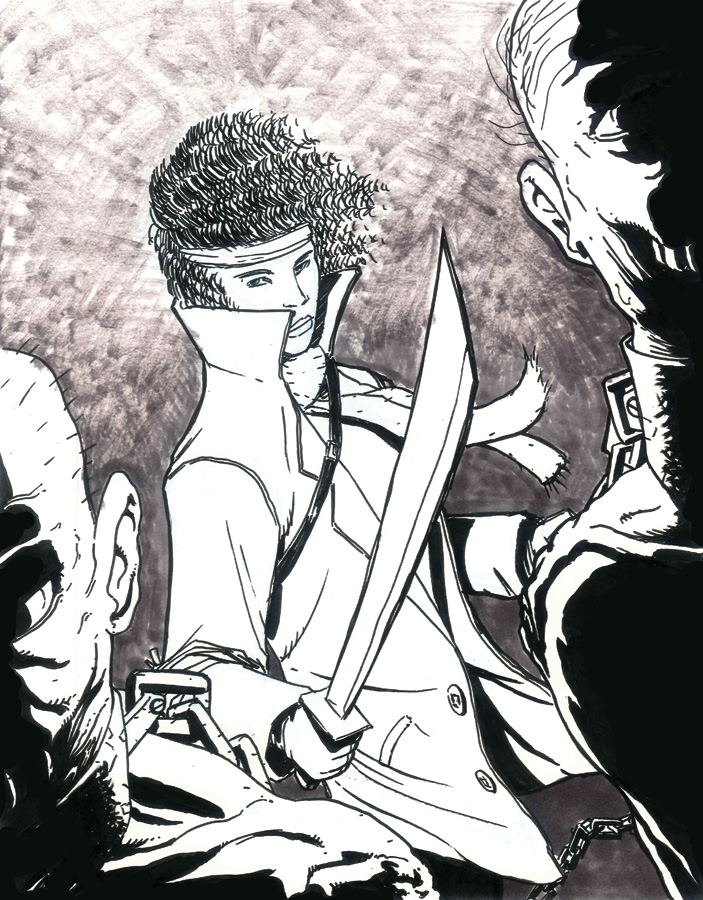 This past Sunday was the second season premiere of The Walking Dead TV show on AMC. Judging by its record-breaking opening — 7.3 million viewers with another 3.7 million for its rebroadcast later that same evening — it’s gonna be another ratings success.

With the show’s debut and realizing how many people’s first exposure to the series it is, I thought about the first time I caught on to The Walking Dead. I remember being told how good it was and deciding to give the first volume a chance. I’m not a zombie fan, so I was skeptical how much I’d enjoy it, but the characterization totally pulled me in. I immediately read through volumes 1 & 2 and was hunting through back issue bins to get current. Thankfully the third volume just came out and by the time I finished it, I was ready to jump onto the monthly single issues.

And what an issue to jump on with!

I consider issue 19 the first issue that I “joined” the series with. It was the first time that I was all caught up on what already had come out and I was ready to join the current storyline. When I saw the cover — a mysterious women with a sword leading two chained up zombies — I knew I was in for an awesome “start”! To this day, it’s one of my favorite covers of the series.

As an homage to that cover, I did a sketch of Michonne and her two chained up “roamers”. It was a fun experiment — especially the marker work in the background. I had an old greytone marker that was running out of ink, so working upwards, it provided some neat drybrush-like texturing. I also liked how I drew her hair. I’ve never rendered hair like that, so again, it was a fun experiment.

PreviousPrevious post: The Durantula All Star Vinyl
NextNext post:Can’t you hear that