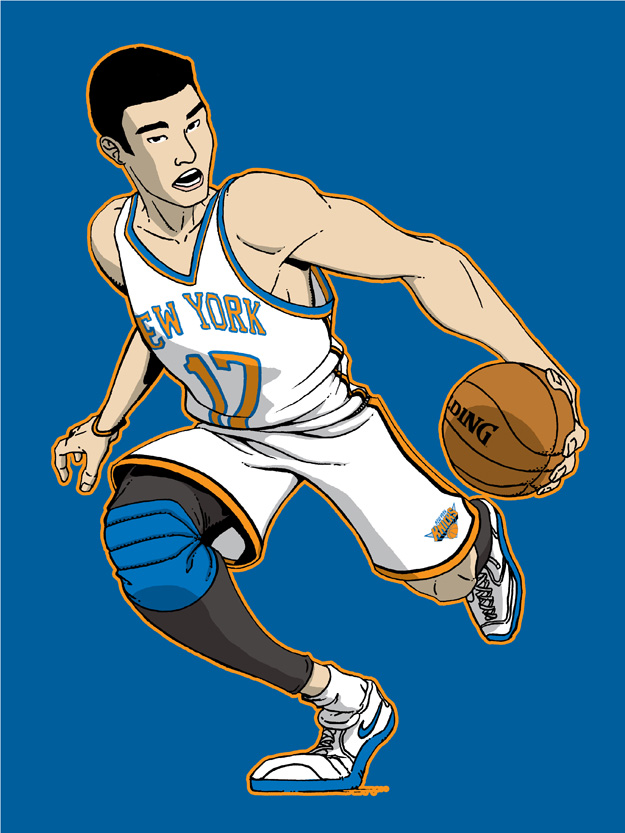 Gotta love what Jeremy Lin has done this year.

I will admit it. I was a doubter. Being a big Golden State Warriors fan, I saw Jeremy play in a bunch of games last year. He was clearly a fan-favorite, but I was uncertain if he had what it took to stay in the league. After being cut from both the Warriors and the Rockets for salary reasons, I thought maybe Jeremy’s time in the NBA had run its course. When he got picked up by the Knicks, I thought maybe he’d have a chance to get a solid backup role, since the Knicks were having all sorts of point guard problems.

Then all of a sudden, Linsanity struck.

I didn’t think he’d have more than 3 good games. And by “good” I mean like 14 pts and 6 assists. Instead, Jeremy goes on to break NBA records. Who scored the most points in their first 5 starts? Allen Iverson? Shaquille O’Neal? Michael Jordan? Nope, it’s the undrafted, Asian kid from Harvard that’s been sent to the D-League twice and doesn’t have his own apartment because he’s not certain if he’ll be with the team at the end of the year.

HAD to do a Jeremy Lin drawing.

Did the line art a few weeks ago, but was sidetracked getting ready for the Image Expo. Finally got a chance to revisit it and put some colors on the piece. May done some graphic design stuff to it later, but for now, here’s where it’s at!