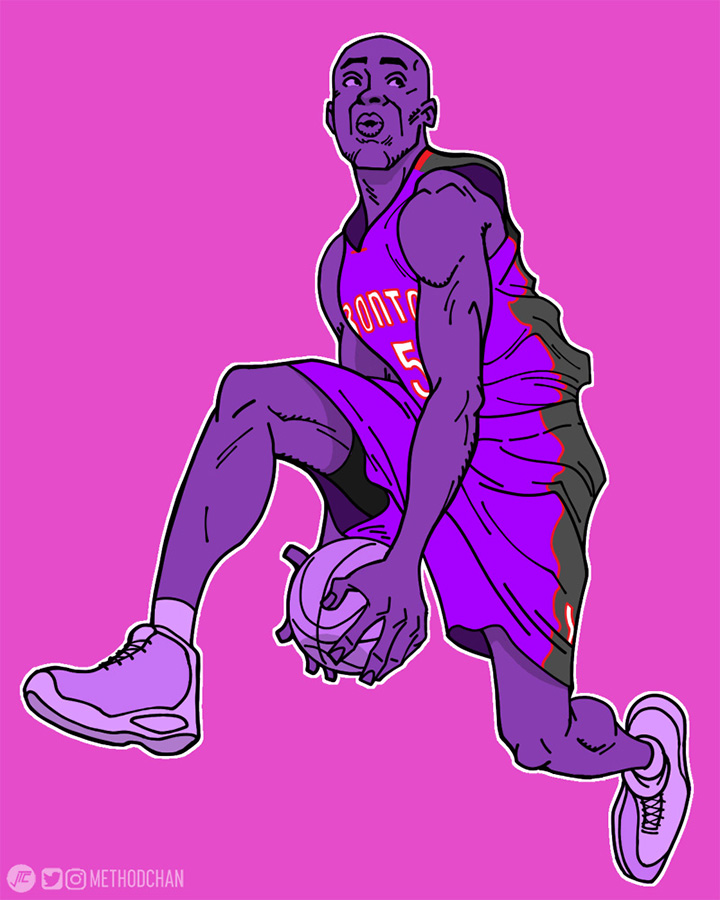 Wanted to do something to commemorate the 20th anniversary of the iconic Vince Carter dunk contest performance!

True story – I was in the stands with my brother to witness this. We were 20ish rows from the floor next to the basket Vince was dunking on. The anticipation of the Oakland Arena crowd leading up to Vince’s performance was electric. The moment he threw down the reverse-360 windmill, the building absolutely erupted! Dunk after dunk, the crowd was left in excited disbelief. The off-the-bounce, between-the-legs was the capper! So lucky to have witnessed one of the greatest shows in NBA Slam Dunk Contest history!