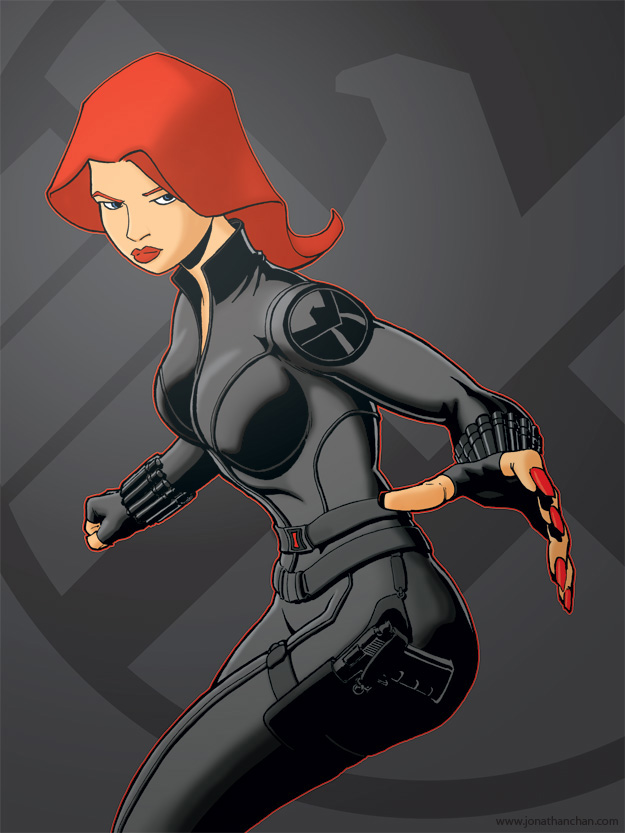 Here’s a follow-up to the Black Widow piece I posted earlier. Before I did the graytones on the previously posted piece, I scanned the line art so I could practice coloring it up on the computer.

I realized after I drew it that I used the wrong SHIELD logo on her shoulder patch (as seen on the previous post)! I was drawing the movie version of the Black Widow, but I drew the comic book version of of the SHIELD logo on her shoulder. So I changed it for this illustration and used the logo from the movie. Speaking of the SHIELD logo, I also drew it in vector and used it for the background pattern.