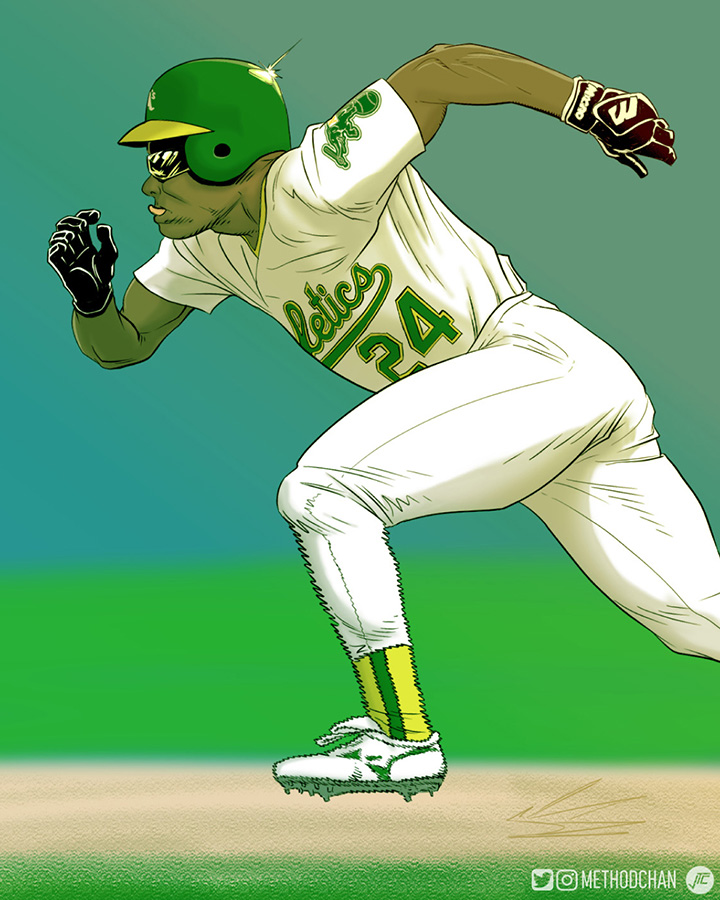 My third and final piece for the Battle of the Bay Virtual Art Show! It’s been an honor to be featured alongside such awesome talent. Follow @battleofthebayart to see the amazingly cool A’s and Giants themed baseball art created by 30 artists, showcased yesterday and today!

Greatest lead-off hitter of all time! What an advantage to have Rickey lead-off. He’s got power when pitchers would make mistakes. He also had such a compact strike zone, he’d force pitchers to make mistakes! And when he got on-base, the Man of Steal would terrorize both pitchers and catchers throughout the league. It was so fun to watch Rickey take bases from the opponents – I had to do a tribute to Rickey’s running!