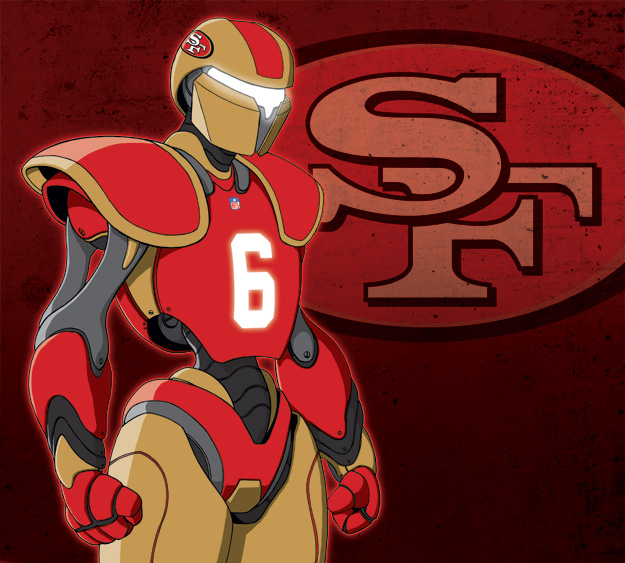 I’m excited for tomorrow’s Super Bowl! When I was growing up, I didn’t realize how spoiled I was having one of the greatest Quarterbacks of all-time in Joe Montana, then having him replaced by another ridiculously amazing, Hall-of-Fame Quarterback in Steve Young. Oh and they both had the luxury of throwing to the greatest Wide Receiver and possibly best football player ever in Jerry Rice. I knew they were good. But just didn’t truly appreciate how amazing they were and what they accomplished.

But I understand it now. Some amazing players have gone their whole careers without getting a chance to play in one. Watching Tony Gonzalez, the greatest Tight End in the history of the NFL, have his FIRST postseason win this year in his 16TH and final season really drove home how rare these opportunities are. That’s what makes them so special. And after some lean years and last year’s oh-so-close game against the New York Giants, the 49ers are back in the big game. This may be the only chance the players on this year’s team will ever have at winning a championship.

As a fun, good-luck/tribute piece, I thought I’d draw a futuristic football-playing robot and customize it to the Niners quest for a sixth championship. I colored the robot to Niners team colors and added the 49ers and NFL logos. And as an homage to the quest for the 6th championship, I made the robot’s jersey number a glowing 6.

UPDATE 2/3/13: Dammit, my good luck piece didn’t pan out. Niners came out slow and built too much of deficit to overcome. They came oh-so-close! 1st and Goal on the 5 with 2 mins left and the Ravens put up a goal-line stop. GAH! Congrats, Ravens. You guys earned it.