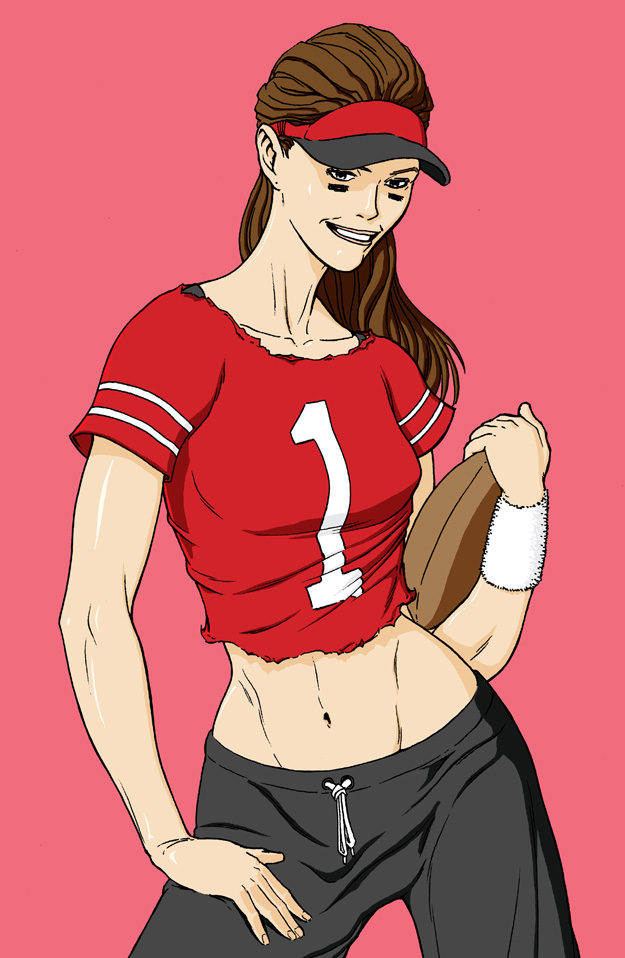 The camps are done.

The preseason games are done.

The fantasy teams are picked.

LET’S GET THIS SEASON UNDERWAY!!!

Love this time of year when football season just gets goin! So much excitement in the air. Everyone is out wearing their jerseys, supporting their teams. Everyone has a reason why it’s gonna be their team’s “year”. Everyone “knows” who the breakout stars are gonna be. It’s a time full of optimism and enthusiasm. Love it! In four weeks, when a quarter of the season is done, it’ll be different story. 😛

As I said earlier, the fantasy teams are picked (two teams). Not gonna jinx it by saying who I got. Just gonna say I’m happy with the two teams that I got and I think I will have two competitive teams that have a shot at their respective leagues’ titles (see, there’s that optimism I was talking about!).

And to celebrate kickoff week, I finished this football girl drawing. Thought I’d use the colors of the team I’m rooting for to win the championship. No logos in case I want to do something commercially with this piece (I probably will).